Did you know that you can tinker with Core Data inside of Swift playgrounds in Xcode? You can!

Jeremiah Jessel, author at http://www.learncoredata.com, wrote up an article in 2015 detailing how you can use the Core Data framework inside a playground. He shows how you can do everything from setting up the Core Data stack, to creating NSManagedObjects programmatically in code. Great stuff!

After I read his guide, I got to thinking: I wonder if you can take an .xcdatamodeld file created with Xcode’s Data Model designer and use it in a Playground….

The short answer is, kinda. You can’t use the .xcdatamodeld file (at least, I couldn’t find a way), BUT, you can use the compiled “momd” file that gets created when you build your app.

There’s at least two limitations / caveats I’ve come across as I’ve been playing with this concept:

While you can create instances of the Entities in the model, if you’ve created NSManagedObject subclasses for your Entities, you won’t be able to use those in the playground. You’d have to resort back to setting properties on your NSManagedObject instances using setValue(_: forKey:).

But this is a minor drawback, especially if you’re just wanting to tinker.

After you read the walkthrough, you’ll know how to get the model into your playground.

Here’s the deal though: If you ever make changes to your model, you’ll need to go through the steps necessary to re-add a freshly-compiled model to the playground’s Resources folder that includes the changes. This is because resources that are added to a playground are copied, not referenced.

I don’t think that’s a terrible draw-back, especially once you know how to do it.

Add Data Model file (unless you already have one) 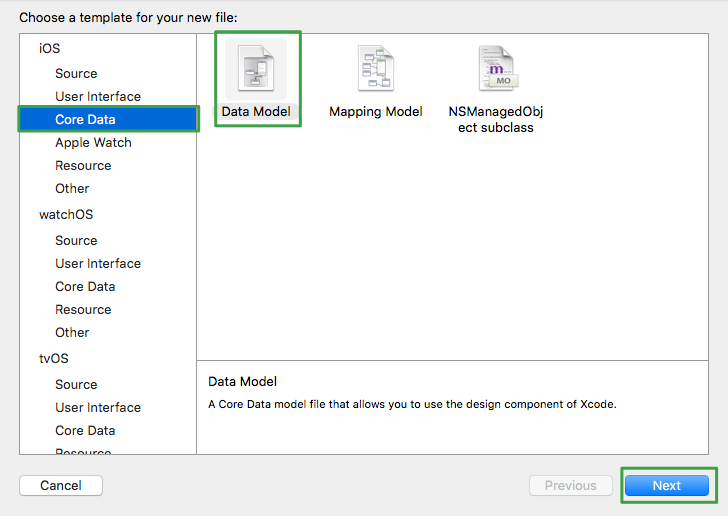 For my “smoke test”, just to see if it was possible, I left the default value for the model name as “Model.xcdatamodeld”.

Once I had the data model added to the project, I went in and added an entity (named “Entity”) with an attribute (named “attribute” of type Integer 16): 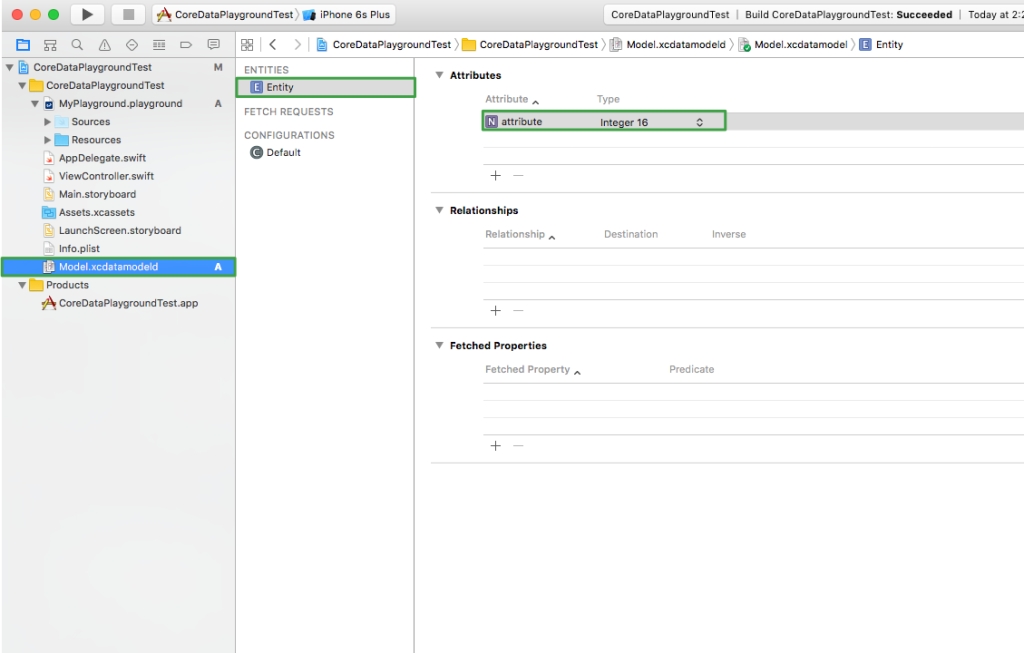 Next up, I added a new playground to my project:

With a playground and a data model has some structure to it, I built the project (CMD + B) so that the .xcdatamodeld file would be compiled into an “momd” file. It’s the momd file that needs to be added to the playground as a resource.

To find the “momd” file, expand “Products” in your project navigator, right-click the .app file, and click “Show in Finder”: 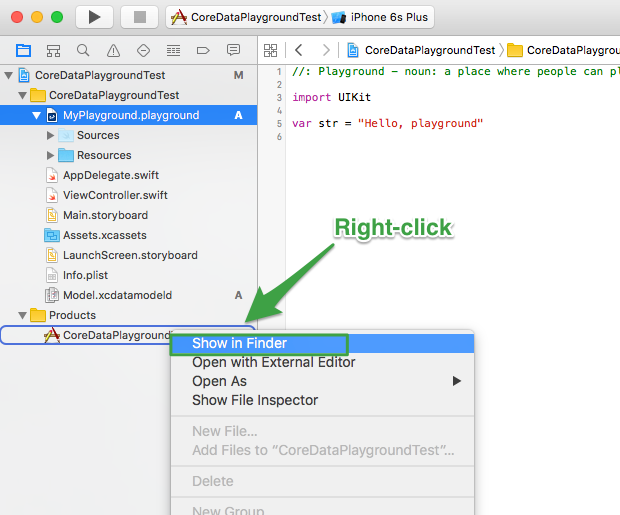 In the finder window, right-click the .app file, and click “Show package contents”: 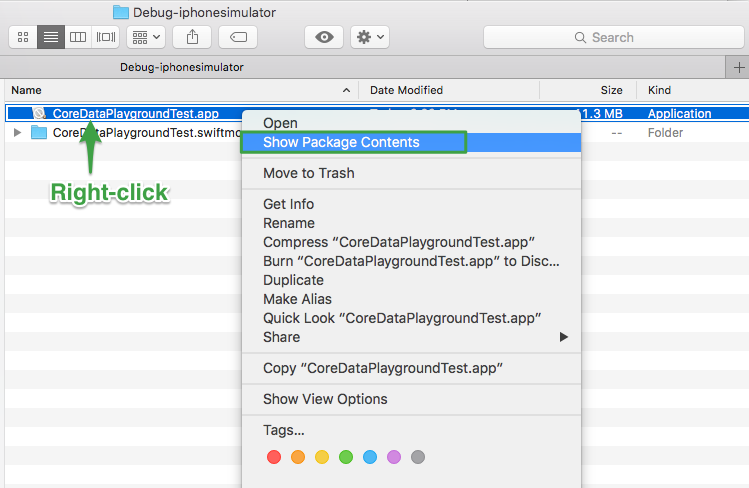 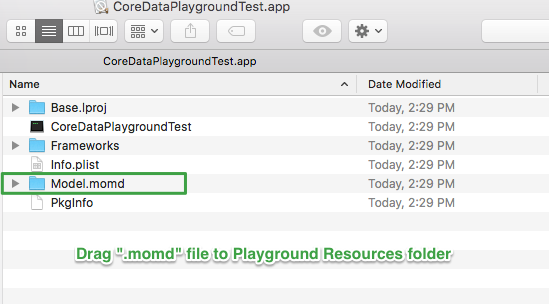 That’s it! Now that the “momd” file is in the playground’s Resources folder, you’re set to write code against it. You can insert NSManagedObject instances, perform fetch requests, etc. Here’s an example that I wrote up:

Woohoo! I thought this was pretty cool.

Don’t forget: If you make updates to your model, you need to re-build your app, delete the “momd” folder from your playground’s resources, re-drag the freshly-compiled “momd” file to your playground again to work with the latest version of the model.

The other important question to ask, besides “I wonder if this is possible?” is “How is this useful?”